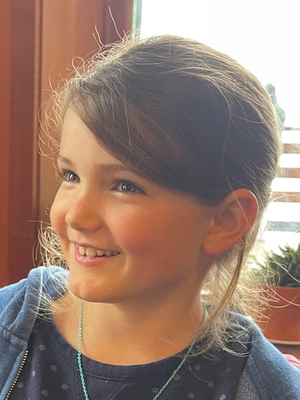 with Spinal Muscular Atrophy
(SMA), Type 3 – a genetic condition with symptoms like ALS and Polio. SMA is the leading genetic cause of infant mortality in the US. My husband and I now realize that we are extremely fortunate that Alina has Type 3, which is a relatively mild version of this deadly degenerative disease. The slower progression of her type of SMA gave us the time we needed to find the right specialists and ensure Alina’s life expectancy was not affected. Most SMA parents are not so lucky, as the current survival rate to 2 years of age is only 8%.

Our SMA journey began at Alina’s 2-year well-child visit, when we asked her pediatrician why Alina had never developed the ability to run, hop or skip. Over the next three years we searched blindly for answers, as Alina’s existing endurance declined despite ongoing physical therapy and a multitude of visits to specialists. By the time she reached five years old, we still brought a wagon with us everywhere we went, so Alina did not have to be embarrassed by riding in a stroller. Even so, our parents, friends and even doctors chided us for not making her walk to build strength. 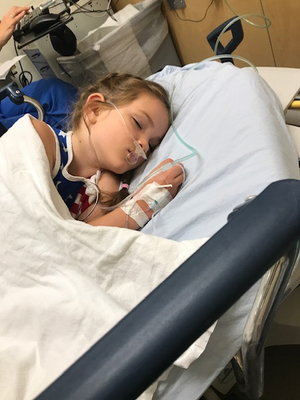 Little did any of us know that no amount of forced exercise would address her underlying condition, which resulted from a missing gene called SMN-1. It turns out that one in 40 people are carriers of this recessive disease, like my husband and me. It is just a matter of odds if and when two SMA carriers find one another.

Thanks to the 2017 approval of a specialized drug called Spinraza, Alina’s neurologist was able to provide free genetic testing courtesy of the manufacturer. We are forever grateful to the makers of the drug for covering the cost of these critical genetic tests on behalf of patients, as it remains the key to our daughter’s quality of life. However, when Alina received the first spinal injection of the drug, she suffered an extreme spinal fluid leak as a result, putting her at risk for both seizures and permanent brain damage. While she was able to make a full recovery, Alina developed an extreme fear of hospitals and was subsequently diagnosed with Medical Trauma, for which she receives ongoing cognitive behavioral therapy. 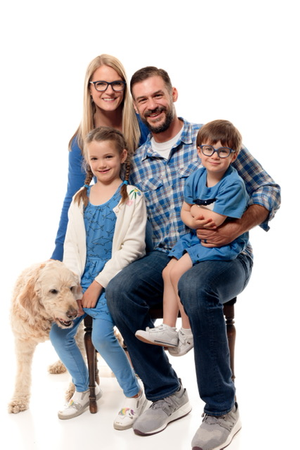 In August of 2020, the FDA approved a new drug to treat patients with SMA Type 3, called Evrysdi. Evrysdi is taken orally once a day in the comfort of the patient’s home. This eliminates not only the risks associated with a spinal puncture, but also the cost and risk of a hospital visit and general anesthesia.

Given both Alina’s aversion to needles and the COVID-19 pandemic, Alina’s doctor supported making the shift to Evrysdi right away. In the six months since that time, we have seen amazing improvement – and just last week Alina taught herself to skip, which brought tears to my eyes! These days, we are committed to advocating for Oregon to add SMA to its Newborn Bloodspot Screening. This would ensure every baby with SMA would be diagnosed at birth and give their caregivers the time to arrange for treatment before any symptoms become apparent. Representative Rob Nosse has introduced House Bill 3107, which will do just that. We urge every Oregonian to make their support of this bill known by following this link to add their name to our support letter for this legislation:  https://secure2.convio.net/fsma/site/SPageNavigator/Action%20Center/Oregon_Newborn_Screening_Letter.html